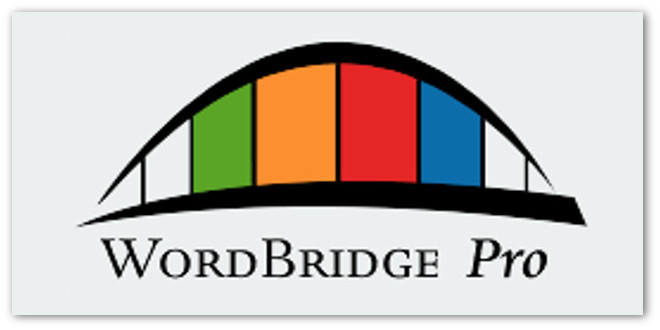 I started this blog post simply to announce we have officially released a version of our open source WordBridge Pro component that is compatible with Joomla! 3.x.

But, the subject got me thinking...

First, the details. You can download it from the Products page on our website. As before, it's free for you to use, study, enhance, and pass on changes using the AGPL v3 open source license. The version compatible with Joomla! 1.6, 1.7 or 2.5 is also still available, but it was time to say goodbye to the version for Joomla! 1.5.

We haven't broken any records for speed getting the 3.x version out but we took our cue from the number of community requests (and the limited time we had available for un-paid work). The key trigger was that Joomla! 2.5 reached EOS (end of support) in Dec 2014. If you are still using the 2.5 version, we add our voice to the others recommending that you do so with the very last release (2.5.28).

There is an element of nostalgia here too. Back in 2010, "WordPress vs Joomla vs Drupal" was a fine topic for a blog post debating the "best" CMS platform. We were there too at the time. This release of WordBridge comes almost exactly 5 years after the initial release.

Not that much has changed. Joomla! is still considered the "Goldilocks" CMS - somewhere halfway between WordPress and Drupal in terms of ease-of-use versus powerful-capabilities. But it is obvious that the 'imminent notice of demise' warnings issued so freely back then were just really hot air. All three continue.

We should take a lesson or two from this technology debate. It should have been less about "What's Hot" and more about "What's Right". Measuring the value of a CMS by using number of downloads, number of themes or plug-ins / extensions / modules available, or number of top websites using it, as a proxy was and is a fallacious way to do it. It was never a meaningful comparison anyway. WordPress numbers are inflated by the blogger element in its audience and the Joomla / Drupal user base has more expert freelancers and design agencies.

It's illuminating to see what we ourselves use as a company. We now use WordPress for our own website, having migrated from Joomla. But we still actively maintain our Joomla! resources. If a customer asks us to build an extranet for them (and does not have or state a preference), we're likely to do it using Drupal.

It's just another reminder that the right tool for any job varies with the context. Recommending that someone uses a tool that is beyond their capability is not good advice.

These CMS solutions may compete with each other, but they also stand or fall against the bigger issues facing the Internet. Like security. It should be more a case of which has the best policing of plug-ins / extensions rather than the tyranny of numbers. What value in a high number if that includes extensions not in active development or not actively maintained? Especially if those old versions are an open door for security vulnerabilities.

If a "supplier" such as ourselves do not maintain the extension, we should be unceremoniously dumped from the extensions directory rather than be allowed to continue to "make up the numbers". Personally, I'd prefer a built-in time obsolescence over the responsibility of maintenance. It may take more than just a version-compatible icon to flag this.

It may well be that the era of the CMS based on PHP and MySQL will yield to the database-less, flat file CMS. Right now, there seems to a good vigour in the Joomla project and the roadmap seems sensible and strong. We're happy to stay in the game and hope that our small contribution continues to solve business problems for the users out there.