Made in cambridge: our part in a high tech product development success story 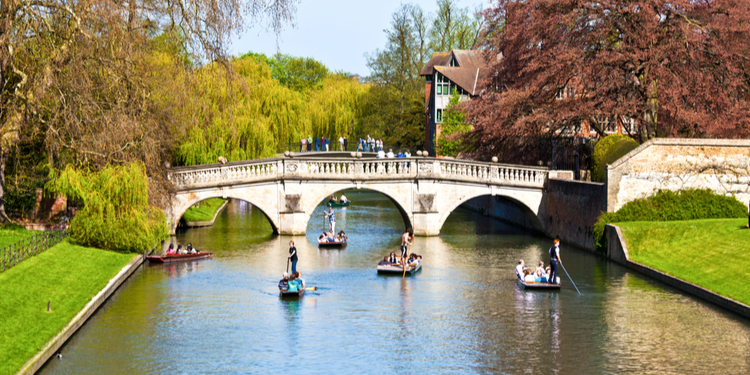 Cognidox’s story is bound up with that of the "Cambridge Phenomenon" the so-called Silicon Fen high-tech cluster that emerged from the East of England in the 1990s.
For our first blog of the New Year we spoke to Ian Stacey (now at DisplayLink) about his time at Virata, one of the most famous ‘Made in Cambridge’ success stories.  He told us first how Cognidox grew from the specific needs of the fabless semiconductor industry.

In the beginning was ATML

ATML was a network systems company, a spin-off from the Olivetti Research Laboratory in Cambridge. At first, it specialised in the development of ATM technology, but after finding it difficult to achieve commercial success in this arena, in 1997 its founders decided instead to pivot the business and set up Virata. This was to be a company focused solely on the design and sale of fabless semiconductors.
As Ian Stacey remembers:

“We weren't a semiconductor company, originally ATML was a network systems company. But we designed our own chips for our network systems because we couldn't buy them off the shelf.”

It was their move to fill a gap in the market and supply a steeply growing industry demand, that would turn their fortunes round. Virata went through a period of rapid expansion; the Cambridge site grew quickly and the company IPO’d in 1999.
Virata became Cambridge’s first billion-dollar company, and quickly went on an acquisition spree only to be acquired itself as its success continued to snowball.

Virata - a world beating brand you might never have heard of

Virata might not have been a household name, but at the height of its success most people in the UK would have been using their products every day.

Doxbox - an answer to the challenge of high tech business

At the heart of their operations was a piece of software that was to remain one of the few constants in the way their business was organised even as it expanded and changed hands in the years to come.
That software was called Doxbox (the first iteration of what would become Cognidox), and was originally a very simple solution to a problem which most businesses encounter:

To try to improve the efficiency of their processes a developer at Virata volunteered to put together a piece of software that would serve two basic functions:

As another old Virata employee we interviewed noted - all too often ‘all the information the team needs is either buried in someone's head or buried in a document that no one can find.’ Doxbox was intended as the answer to that problem.
Using this tool everybody in the business would always be able to find the documentation they were looking for, and be confident that the document they found there would be the latest version from which everyone was working.
As the company itself was taken over and expanded in successive waves of international activity - this aspect of the tool proved particularly useful:

“For bigger companies, finding information is really hard.   If you're working in a company of 4 or 5000 people, finding the latest document of something is difficult. Having one tool that you can go to and search and find stuff where it’s all in one place and properly indexed really helps.  That's why Cognidox was such a valuable tool to us as we grew.”.

But as the complexity and value of the products Virata were developing also grew, so the importance of documentation became even more critical. To respond to this the Doxbox tool was further enhanced, reflecting the need for better governance and oversight at every stage of the design, production and delivery process.

“If we'd released something to a customer, we said we’d like to know that the right person within that customer had picked it up. We developed named licensees with individual accounts for each of those licensees, so they could log in and we’d know that the right person had picked up the right version of that file. We also started introducing things like a review and approval process for documentation. So we got visibility of who was approving what and capturing reasons for rejection and other information”

In 2001, Virata merged with Globespan to become GlobespanVirata. Then GlobespanVirata was subsequently acquired by Conexant Systems in 2003. At each point, Doxbox was again reworked to deal with the larger company, serving multiple geographic sites and disparate product teams. Over the following years further acquisitions required additional functionality to support a more complex global organisation.

Information at your finger tips

When Cognidox was spun out of Conexant Systems by Paul Walsh and Vittal Aithal, it was this spirit of serving the evolving needs of their clients that still led the development of their software solutions. The tool had already begun to answer other, more sophisticated product development needs including supporting external auditing processes and, crucially, phase gating requirements. As Ian Stacey explains this is a vital part of high tech product development:

“Making a mistake in this market is very expensive. Deep sub micron chips now cost tens of million dollars to develop. You need to have very strict gates in place to decide whether you should move on to the next step. You don’t want to spend two or three years developing a chip and then find out it's the wrong thing or missed something critical.”

The Cognidox tool has been developed with exactly these kind of needs in mind:

“If you need to have very strict review points, Cognidox basically allows you to create the flow you want. At DisplayLink we’ve used Cognidox to define certain gates in our processes, we create categories for each phase and align our documentation to those. Cognidox helps us manage our way through them and makes sure we have the right review and approval points that can be actioned by the right people.”

But the Cognidox software that developed from Doxbox has the flexibility that both high tech start- ups and more mature companies need.

“In the end it doesn’t matter what development methodology you use. Most methodologies would say you should be documenting things, because that’s good practice. And if you have documentation it doesn’t matter if you’re running an agile flow or a phase gate flow, or whatever it is - you just need a way of being on the same page; controlling that documentation and knowing everyone is always referring to and using the most up-to-date version of it”

Again, there is inherent flexibility within the Cognidox solution because it was designed to answer the shifting needs of rapidly evolving companies in an industry that was itself rapidly evolving. It’s a system that can and does scale with a business. And this is certainly what Ian has found in the semiconductor industry.

“At different stages of the development flow you might have different types of processes that you run. For example, in the early stages of a project, you can be pretty agile, as the chip and firmware guys help you iterate a solution. But then as you get into the back end of the chip design you have to go more ‘waterfall’ because there has to be a certain set of fixed flows which you can’t iterate around. And there’s no reason that Cognidox can’t be used throughout all these phases.”

Cognidox - Made in Cambridge, too

Many of the high tech development success stories that emerged out of Cambridge in the last 20 years - CSR, DisplayLink, and Solarflare - have all driven the direction of Cognidox. And the ‘Made in Cambridge’ methodology that made them, an innovative and agile approach, underpinned by laser sharp commercial focus, is in Cognidox’s DNA, too.
As Ian Stacey points out, Cognidox’s document management solution, robust but scalable, has proved a firm operational foundation for the many high tech enterprises who have grown with it.

“What’s great is Cognidox doesn’t demand you work in a particular way. You can decide how you want to run your engineering flows, your development flows or quality flows.Rather than Cognidox imposing a way of doing things, Cognidox supports the way you want to do it."